Turn a little into a lot 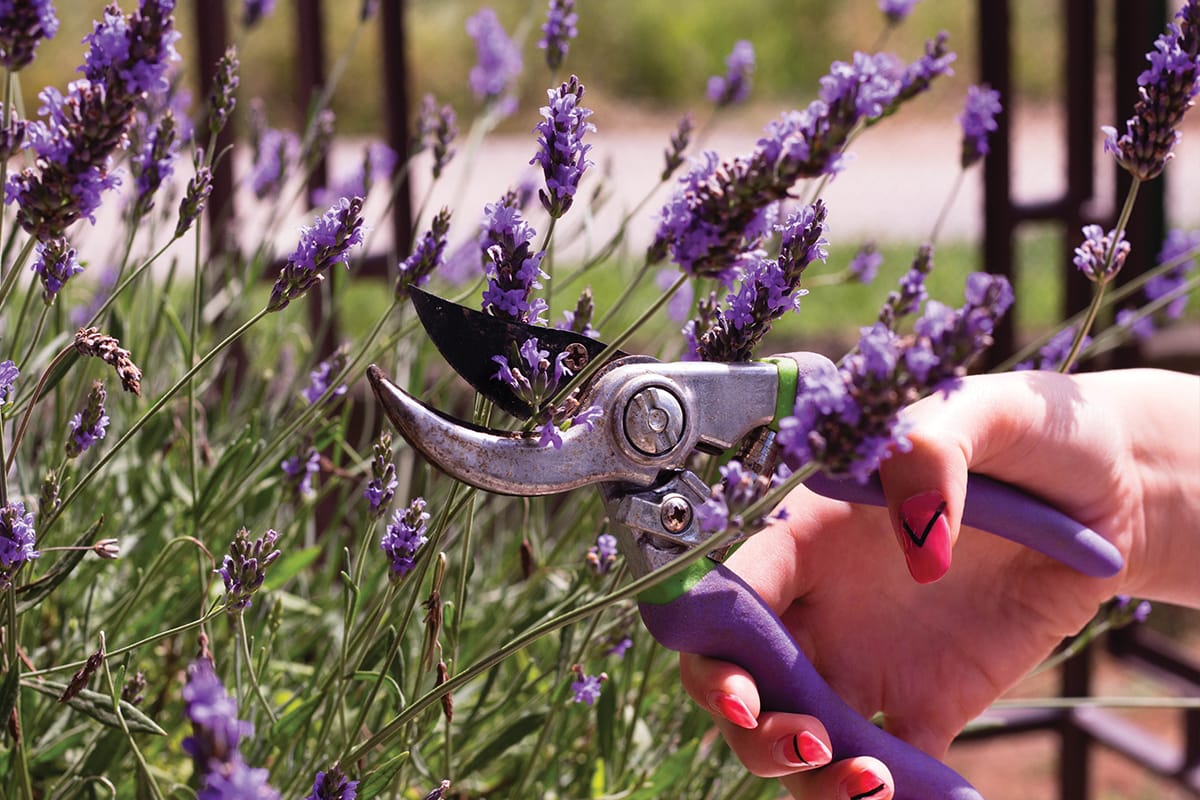 A crafty gardener who saves seed, spies firewood and nurtures cuttings can end up saving a bundle.

It was Benjamin Franklin, one of the founding fathers of the United States, who advised: “Watch the pennies and the dollars will take care of themselves.” And when it comes to gardening, nothing could be truer. Though each small saving the thrifty gardener makes may seem little in itself, at the end of the gardening calendar the results will be surprisingly satisfying.

SEED SAVING
Doing the math
Saving your own seed can be a simple task that quickly saves dollars. At the same time as you save seed, you’ll be ensuring you have the freshest supply for your garden (and the fresher seed is, the better its germination rate). Over the years, selecting and saving your seed also means you will eventually be growing plants that suit your very own environment.
Seed saving begins at the planning stage. For plants that produce larger seeds (such as beans and peas) you can actually calculate how many extra plants you need to grow for seed saving. For example, an 85g packet of broad bean seed (which retails for $4) contains approximately 55 seeds. Each seed will produce a plant with approximately 20 pods, and each pod will contain, on average, six seeds. So, from just one broad bean plant, you can expect to save enough seed to sow an entire packet’s worth of plants the following season.

Assuming you want to save seed from three different varieties of bean, and two to three varieties of peas (think podding, sugar snap and snow peas), your annual saving on seed will be getting up towards $25 – that’s enough to pay for most of the other seeds you may require in your garden but may not have time to save!

Select & protect
Seed saving is also about being selective. As your crop grows, not all plants will fare as well as others. Some, for instance, may run to seed much earlier than others – a sign that they are prone to bolting – so be observant. More importantly, once you have identified the strongest, most productive plants, tag them with, for example, a piece of ribbon, and nurture them through to their full potential. This may mean staking them, treating them for pests such as aphids, and protecting them from birds or rabbits. It also means gathering the seed before it drops – once seed is ripe, it can drop overnight. If you think you may miss the moment, place an old dish towel or paper around the base of the plant to catch any seed that falls.

Plant shifting
While many plants in warmer regions will grow, flower and set seed that ripens all in one season, in cooler parts of the country it may take almost a year for this process to occur. As seeding plants take up a great deal of space in the garden, it can pay to remove those that don’t mind being shifted and replanting them in a spot where they won’t be in the way – and where they will avoid damage from a hoe or spade. Beetroot, carrot, parsnip and many brassicas are happy to move home; however, don’t move them until flowers have produced seed heads. Once in its new position, stake your seeding plant well if necessary. In very cold or wet regions, you may need to cover your seeding plant with a cloche or move it into the shelter of a greenhouse.

Don’t save these seeds
Seed set by plants labelled ‘hybrid’ is not suitable for saving. Hybrid plants have been bred to deliver certain characteristics such as resistance to cold or fungal disease, or to produce a particularly heavy crop. However, the seed these hybrid plants produce won’t produce plants identical to themselves. In fact, their seed will produce inferior plants. This is a very good reason why, as a potential seed saver, you should not grow hybrid plants in the first place.

Where more than one variety of plant is being grown in close proximity to others in the same family, there is the chance of cross pollination (this occurs where pollen from flowers of one variety is carried by insects or wind to the flowers of another variety). The result is that the seed will not produce plants identical to the plant it came from. This is especially the case with beans and members of the brassica family. In the case of beans, however, you may find the results of your seed saving exciting, as you will have a new, usable variety of bean to call your own.

Wood gathering
Benjamin Franklin would no doubt advise the thrifty gardener to collect as much wood from their garden and property as possible and it’s easy to see why. A pick-up bag of kindling from your local garage costs around $10. If you live in a colder part of the country, you could find yourself spending over a $100 a year just starting the fire! However, garden prunings are not only available to you free-of-charge, but there is also a cost for taking them to the landfill if you remove them from your property.

Instead of ditching prunings from shrubs, trees and hedging, gather them up, leaves and all, into a large, airy garden clean-up bag. Store them under cover with the bag unsealed, until the leaves dry and fall to the bottom of the bag. Use the leaves for mulch and snip the prunings into kindling. Larger pruning can be cut into firebox lengths with loppers or a saw.

Double the value of firewood plants by growing natives that will also feed the birds and support native insect life in your garden. Some of the best species to plant are pittosporum, mānuka, kānuka, kōwhai, black maire and beech. As native trees do not coppice (grow back again after being cut at ground level), don’t cut them off at the base unless you actually want to remove them from your garden.

Raising plants from cuttings
If you’ve gone to the garden centre lately, you will have realised that container-grown shrubs and berry bushes cost in the region of $15–30 each. Growing your own is not only simple, but in many cases also a huge saving. Autumn is the time of year to do this, using semi-hardwood cuttings (sometimes known as semi-ripe cuttings).

These cuttings comprise the woody base of a piece of plant and its softer growing tip. Because hormone levels in the plants are high at this time of year, there is a good chance that these cuttings, when planted in potting mix, will grow roots by next spring.

Take cuttings of suitable plants (see below) using scissors or secateurs that have first been sterilised. Strip off the lower third of the cutting’s leaves, dip the base of the cutting in rooting hormone, and push it, on an angle, 10cm into a container of potting mix. Water to moisten the mix and place the pot in a sheltered spot away from direct sunlight. Leave until spring. If new leaves appear, it is likely your cutting has begun to grow. However, don’t repot it until the following spring.