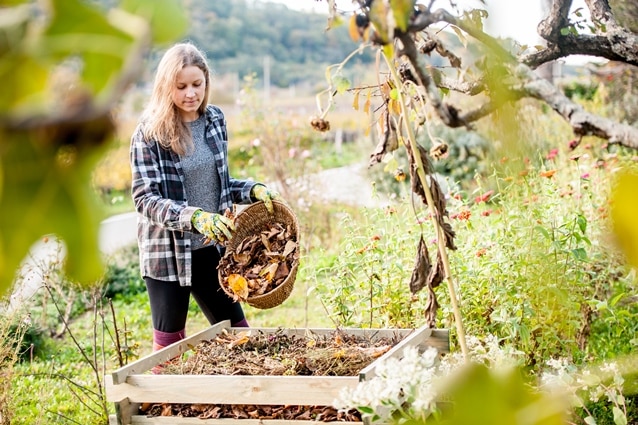 While a hot topic today, organic gardening hasn’t always been as well respected. We take a wander through the history books to track its development. Words Diana Noonan Photos Getty Images.

Organic gardening has become so popular that it’s difficult to imagine it ever fell out of favour in the first place. However, there was a period in history when less ‘natural’ methods of growing took over. Today, in both domestic and commercial horticultural settings, organic gardening is still viewed by some as a little ‘eccentric’.

Organic horticulture uses, as its fertilisers, materials that are sourced from plants and animals. Plant material (such as cover crops – many of which are nitrogen-fixing) is either dug directly back into the ground, or composted before being returned to the garden. Animal manures are aged or composted before being applied to the land. Minerals are sourced from natural deposits, and pest control is largely biological. Weed control is achieved through a variety of methods, such as the application of heat or controlled animal grazing.

Although these ways of growing were used for thousands of years, the early 19th century saw the arrival of the first synthetic fertiliser. It came in the form of phosphate (termed ‘superphosphate’) and was produced by treating bones with sulphuric acid. This was followed by treating rock phosphate and fossilised animal manures with the same substance. Nitrogen and potassium were the next garden additives to be artificially produced. Soon, the race was on to produce balanced, and specific, chemical fertilisers that would increase harvests and enable large-scale, quick turnaround growing on what, in many cases, was previously unsuitable land.

New Zealand was quick to embrace artificial fertilisers, but the arrival of the Second World War, and the subsequent disruption to factory work and shipping, brought shortages of these new ‘miracle’ products. The solution was a ‘back to organics’ approach – but it wasn’t as easily achieved as had been hoped. Many growers had, by then, lost the art of growing organically and had to be ‘re-schooled’. As a result, one of the first organic organisations in the world sprang up in New Zealand. It was called the New Zealand Humic Compost Club, and it was established in 1941.

The Humic Compost Club (today’s Soil and Health Association) focused on, among other practices, composting. But although it ‘filled a gap’, it could not compete with the perceived benefits of growing with artificial fertilisers. What’s more, the period following the Second World War was a period of rapid expansion in the manufacture of these products, something that was due to scientific funding that had been made available to assist the war effort.

Chemical fertilisers filled the growing need for greater horticultural productivity as families and exports ‘took off’ in the new peacetime era. Chemical control was hailed as the answer to pests and diseases that could, unchecked, quickly wipe out monocultures.

It wasn’t until the early 1960s that growers and consumers began to question what effects inorganic horticulture was having on soil and human health, erosion, water pollution and a number of other related subjects. These concerns were reinforced, and galvanised, by the publication, in 1962, of Silent Spring, a book by Rachel Carson, which looked into worrying environmental issues brought about by the use of chemical pesticides. The book posed challenges for the manufacturers of pesticides, with the author suggesting they were feeding the public disinformation, while public servants watched on without challenging its claims. Silent Spring was such an influential publication that it brought about the demise of DDT (dichlorodiphenyltrichloroethane).

Partly as a result of the publication (and the follow-up book in 1996, Beyond Silent Spring), organic practices began to experience a renaissance. Home gardeners once again sought out organic growing knowledge, and the first active commercial organic gardens sprang up. In response to the need to guarantee that produce really was ‘organic’ as claimed, BioGrow was established in 1983 to assure the public that horticulturalists were producing the real McCoy. And as world-wide demand for organically grown goods increased, New Zealand found itself with new export potential.

Since the resurgence in organic growing, Kiwis have continued to embrace it in a number of different ways. Many community gardens have based their practices on organic growing, seed banks have sprung up to encourage the preservation of heritage seeds (which thrive and perform best in organic contexts), urban ‘farms’ have become established to feed urban populations through regenerative growing, and schools are engaged in equipping their students with the basics of organic growing.

As nations everywhere realise the urgent need for sustainability in a climate-change-affected world, and post-pandemic stresses impinge on supply chains, there has never been greater interest in growing organically. Horticulture has come full circle, and organic horticulture is here to stay.

British botanist Sir Albert Howard worked in India as a pathologist in the early 1900s. While in India, he familiarised himself with the Indian composting system known as ‘Indore’, and soon understood the value of the end product in helping to create healthy land, crops, animals and, consequently, people. He described the health of soil, plant, animal and man as “one and indivisible”. Sir Albert soon came to value the Indian system over Western agricultural practices, and although he had gone to the continent to help the people there, he in fact felt that they were his teachers. Sir Albert Howard has been described as the father of modern composting.

Born in Britain in 1898, Lady Eve knew she wanted to be a farmer from the age of 12. In 1939, she and her sister used inherited money to buy a farm, and shortly afterwards launched a long-term experiment that compared organic with chemical-based farming. In 1943, she published her results in The Living Soil. The publication became significant to those who were embarking on the developing organic and farming movement. Lady Eve went on to co-found the international Soil Association. A life-long farmer, writer and educator, Lady Eve toured New Zealand and Australia to disseminate her beliefs.

In New Zealand, dentist Dr Guy Chapman founded the New Zealand Humic Compost Club in 1941. Its aim was to improve the heath of the soil, and therefore the health of the population, by replacing artificial fertilisers with compost made from animal and plant waste. Among several experiments that he conducted was one carried out at Mount Albert Grammar School. Boys were fed on naturally grown fruit and vegetables with the addition of vitamins to counteract the effects of inorganically produced meat and bread. The general health of the boys was said to have improved.

In 1942, while Guy was president of the Humic Compost Club, the organisation published its first club magazine. The publication was seen as a way to educate club members and disseminate ideas to the wider public.

Dr Chapman was viewed by those who knew him and his work as a learned figurehead of the organic movement in New Zealand.

Where does the term ‘organic farming’ hail from?

Lord Northbourne (otherwise known as Walter James) lived from 1896 to 1982. He was a shy but talented person: a lecturer in agriculture at the University of Oxford, as well as an Olympic athlete and author. His ideas about organics were laid out in his book Look to the Land, which was published in 1940. In it, he directly addresses the differences between what he described as ‘organic’ and ‘chemical’ farming.