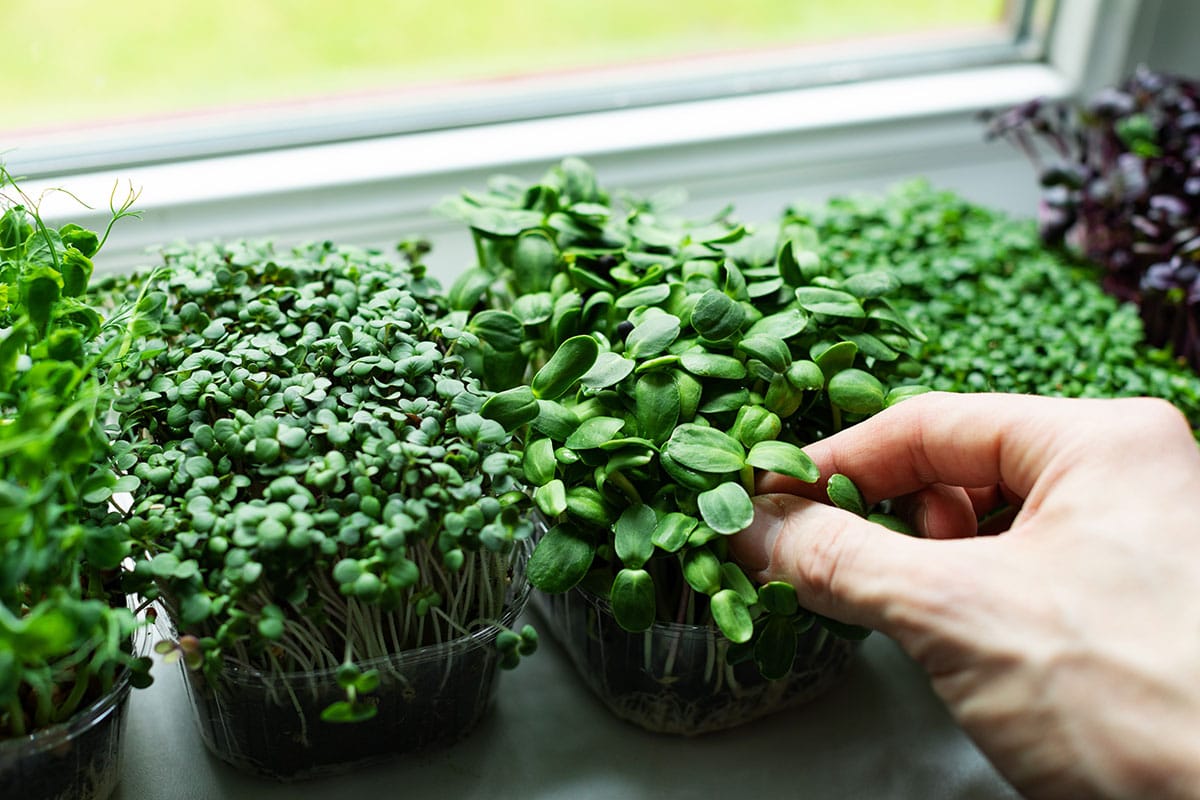 Daily nutrients and vitamins can be found in microgreens, but it is sometimes the motivation that is lacking.

Several years ago, in a burst of healthy enthusiasm, I purchased several 100g packets of microgreen seed along with trays in which to grow them. I chose the microgreens over seed sprouts as they are more nutritious. This is because microgreens draw additional nutrients from the soil, whereas the only goodness obtained from the sprouting seed is what is contained within the seed at the time of purchase.

For a long time, the microgreen seeds sat on the shelf along with the growing trays. However, Covid-19 changed that. In the few days prior to lockdown level four in 2020, the garden centres sold out of vegetable seedling punnets and, at the same time, online seed merchants experienced an incredible surge in sales and were unable to keep up with the demand for seeds.

I filled the shallow trays to the brim with good potting soil, levelling it off and firming it down. With a high level of soil, it’s easier, at harvest time, to snip off the greens with the kitchen scissors.

Top quality potting soil is essential, as the more nutrients in the soil, the better the nutritional value of the microgreens. I watered the trays by capillary action, placing them in a tray of water. This ensured the newly planted seeds, barely covered by fine soil, were not disturbed.

Seven varieties for a range of tastes & flavours

The process
I planted the ‘Rambo’ radish first as it reaches maturity after one week. Two days later, a tray of early-maturing komatsuna ‘Red Leaf’ went in. Then, over the following weeks, I planted a new variety each week. This amount, along with regular sowings of radish and komatsuna, ensured a regular supply.

A half tray was often enough to sprinkle on soup, scatter over a salad or use as a topping for an open sandwich. Once the second half of the tray had been harvested, with no more greens forthcoming, I allowed the soil to dry out and upturned it into an empty tray – the logic being that the soil at the bottom of the tray was unlikely to be depleted of nutrients. In this way, each block of soil produced two crops of microgreens. After the second crop, I would then spread the soil in the garden.

In order to keep track of each variety at the time of planting, I numbered each packet from one to seven, with each tray being numbered likewise.
I also planted three plastic seedling trays with microgreens. These trays served the purpose just as well as the designer microgreen trays (which came with a base tray that could be heated, a feature I have yet to use).
The tray sat on the porch near the back door, with ready access to the kitchen. Any well-lit area, including the windowsill, can be used for growing microgreens.

Habit change
It took the lockdown, with a possible shortage of nutritious greens, to produce the motivation to commence growing microgreens. At the time, there was much talk about how the lockdown may change living habits, with the possibility of many not returning to what was normal prior to the lockdown. Well, the microgreens continue to grow in this house. Many grams of seed are yet to be planted and, provided their viability continues as it has so far, these microgreens will be in abundance for many years to come.

Dwarf celery (or ‘cutting celery’)
It is crisp, crunchy and celery-flavoured and can be used in soups, salads and sandwiches without the hassle of growing the normal large plants.
Ready in four weeks.

Kale ‘Cavolo Nero’
This has an interesting slate-green colour. More importantly, it has a longer shelf life than other microgreens.
Ready in less than a week.